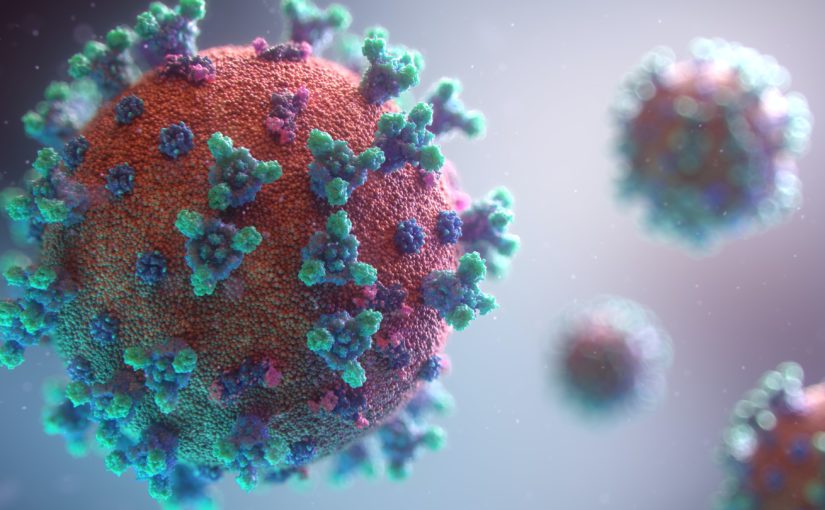 As of 20 March 2021, 150,306 cases of COVID-19 infected people and 1,483 deaths are reported in Venezuela since the beginning of the pandemic one year ago, at least according to official government figures. While there are serious doubts about these figures’ accuracy due to a low testing rate of possible new infections and the absence of independent records, the country has so far remained on the sidelines of the acute wave of infections observable in other Latin American countries. Although this may be good news in a country plunged for the last five years into a deep humanitarian crisis and with a precarious health care system, the cure seems to be worse than the disease. This contribution succinctly addresses the main measures adopted by the Venezuelan government to mitigate the impact of the COVID-19 pandemic and the negative consequences it has brought about for the current social and political situation in Venezuela.

As in any country elsewhere in the world, the Venezuelan government has adopted a series of measures to prevent the spread of the COVID-19 and has also taken actions to alleviate the adverse effects of this global public health crisis. At the start of the pandemic in early March 2020, the Venezuelan government declared a state of emergency, a “social quarantine”, and a temporary curfew as part of the measures to contain the virus transmission. These involved a total restriction on freedom of movement nationwide, close of businesses and state institutions, banning public meetings, and closure of air, land, and sea borders. These measures were later replaced by the so-called 7-7 System, which involves a week of tight lockdown followed by a week of opening of shops, stores, and public institutions under strict sanitary measures, such as the compulsory use of face mask, hand disinfection, and body temperature control. However, all educational institutions – from nurseries to universities – remain closed, and the new school year that began in early October 2020 takes place on an off-site basis.

The Venezuelan government has implemented a system to prevent and monitor possible infection cases through the web-based Plataforma Patria. On this platform, citizens voluntarily report about the presence of symptoms, whether they have had contact with infected people, and what the epidemic situation is like in the sector where they live. Citizens get access to this application through the QR code of their Carnet de la Patria (Homeland Card), a sort of identity card with a mobile wallet to become cash transfers by the government. Through this card, the government has delivered at random to some sectors of the population a series of economic aids or “bonuses” under the following names: “Economic War Bonus”, “Stay Home Bonus”, “United for Life Bonus”, or “Take Care Bonus”, among others. In the ideal scenario that a person has received all these bonuses (for a total budget of around 15 USD), his or her possibility of purchasing the basic food basket for a five-people household (estimated at around 545 USD in December 2020) is still far below the minimum subsistence needs. Meanwhile, the food boxes distributed by the government at subsidized prices – known as CLAP by its Spanish acronym and containing 12 to 15 basic foodstuffs – reach fewer households actually and less frequently, on average every one or two months.

However, the negative balance of the COVID-19 pandemic in Venezuela lies in the fact that it has deepened a pre-existing humanitarian crisis by sharpening the impairment of Venezuelans’ quality of life and fostered the conditions for an intensification of the autocratic character of the Maduro government. On one side, Venezuelans have quarantined under extremely adverse conditions: lack of food reserves, unaffordable medicines and hygiene items, constant irruption or absence of drinking water and electricity supply, restricted or no access to the internet, and severe shortages in the supply of fuel and cooking gas, which has led to people having to cook with wood. Besides, the de facto dollarization of the Venezuelan economy observable during 2020 has adversely affected that sector of the population with no access to foreign currencies (estimated at around 50 percent), which has resulted in a limited capacity to procure food and an increase in malnutrition rates. These harsh living conditions have provoked spontaneous but repeated street demonstrations and roadblocks by citizens, which have been severely repressed by the state security forces through disproportionate use of physical force and even lethal violence.

On the other side, like other authoritarian regimes from other parts of the world have done it so, Nicolás Maduro’s government has deliberately instrumentalized the COVID-19 pandemic for political purposes and the consolidation of his authoritarian rule. The Maduro government’s narrative has not been dealing with the pandemic as a public health emergency but as a national security threat to be defeated by all means, particularly by military and police response. In the framework of the state of emergency in force continuously since 13 March 2020, citizens’ civil liberties have been restricted under national security considerations. The Bolivarian National Police and the National Guard – under the so-called civil-military-police union – have been deployed on the streets to force people to lock in their homes or detain them in case of non-compliance, but also to “hunt criminals and bioterrorists”.

In particular, lethal police violence has soared during 2020 and became more deadly than COVID-19. According to the NGO Observatorio Venezolano de Violencia, the death rate in 2020 due to “resistance to authority” by the police scored 16.2 homicides per 100,000 inhabitants (equivalent to 4,231 persons killed), while four deaths per 100,000 inhabitants occurred due to COVID-19. That is to say, in 2020 the Venezuelan police forces killed four times more people than the pandemic. Likewise, the government’s iron fist in the fight against COVID-19 has also been used against dissenting voices. According to reports from the NGO Human Rights Watch, journalists, health professionals, and opposition figures who have publicly questioned the government’s figures and criticized its policies concerning the pandemic have become victims of harassment and even unlawful detention by state security forces.

In times of COVID-19, a consolidation of the Maduro government’s authoritarian character can also be observed through a hegemonic control of all state institutions by the ruling party. In December 2020, parliamentary elections were held to renew the opposition-controlled National Assembly. These elections were held without the observance of international bio-sanitary protocols to prevent the spread of new COVID-19 infections and were signed by infringements to the principles of electoral fairness and legal irregularities, in particular, the unconstitutional increase by the Electoral Board in the number of deputies from 167 to 277. Despite the lowest official voter turnout (31 percent) in a national election since 1999, the pro-government coalition got 70 percent of the votes and succeeded in obtaining 91 percent of the parliament seats, thus giving Chavismo back the control over the legislature.

To sum up, the course of the COVID-19 pandemic in Venezuela has brought about a sharpening of the pre-existing humanitarian crisis and the intensification of the authoritarian character and repressive rule of the Maduro government. These facts would seem to further diffuse hopes for a short-term change that would improve Venezuelans’ living conditions and restore democratic governance and the rule of law in the country. 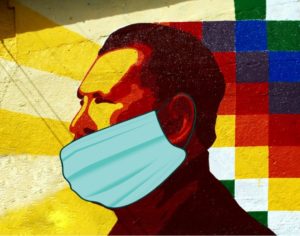