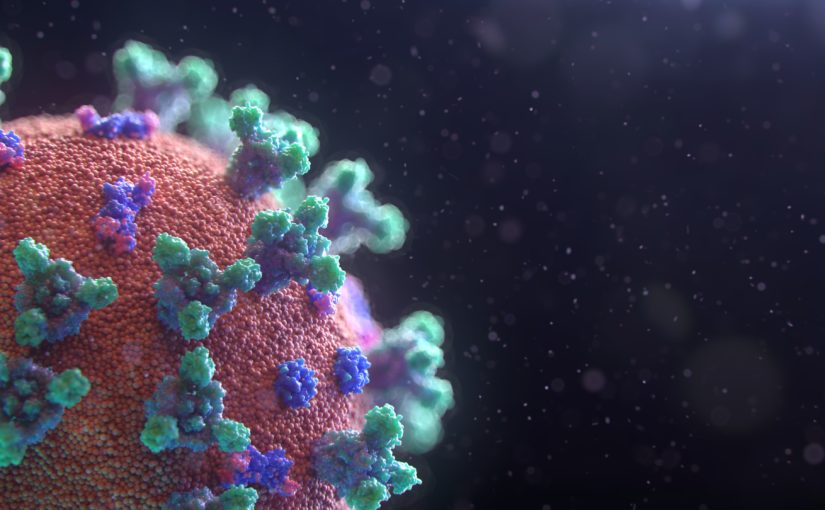 According to official data from worldometers.info – based on information from government institutions and daily reports released by local authorities – among all Southern American countries infection rate (per million inhabitants) is highest in Ecuador (as of April 26, 2020). In general, official numbers should be suspected especially because they strongly depend on the amount of conducted tests: Argentina, Bolivia, Brazil, Colombia and Paraguay carry out considerably fewer tests than Ecuador (in relation to population size). Yet data regarding the share of positive tested people on the total amount of the tested population suggests that infections are widespread in Ecuador compared to other Southern American countries but also in comparison to strongly affected countries, such as Italy and the US. An analysis conducted by the New York Times concludes that the death toll is 15 times higher than officially reported suggesting that Ecuador is suffering one of the worst outbreaks in the world. The spread of the coronavirus overloads public services and capacities of hospitals are exhausted, especially in the country’s largest city Guayaquil, where dead bodies are lining the streets. The country was on lockdown by the government on March 12. However, government officials recently decided to “relax” quarantine by May the 4th and get public life back on track despite the current dramatic situation. In what follows we offer a specific interpretation of the government’s decision to restart economic and social activity assuming that economic pressure groups have a particular strong effect on political decision-making in Ecuador.

A Brief Description of Ecuador’s Social and Economic Decline

Starting with the social and economic situation before the outbreak of the crisis, official data suggests a rather positive image at first glance: Regarding the official unemployment rate, this was below 5% in December 2019 according to data from INEC. Yet underemployment and inadequate employment (“overemployment”) increased near to 60% in the last three years: Six out of ten Ecuadorians either do not have enough work to earn a sufficient income or are not fully paid for the work they do. Accordingly, poverty is also an issue in Ecuador: If we take income as a yardstick, 25% of the population lives in poverty and 8.9% is extremely poor, which means that they live on less than 1.59 USD per day. Additionally, the government’s economic policy of structural adjustment – demanded by the International Monetary Fund in return for further credits – left more than 55.000 public sector workers unemployed and restricted public investment. Regarding the latter, the public health budget was reduced by 500 million USD within 2019. The real income of public workers has been reduced through extraordinary contributions. The salary of private workers also decreased due to new taxes and the rise of new on-demand applications, such as Uber and Netflix, pressuring competing “traditional” businesses to reduce salaries. Even private investments could not stimulate the economy since they often consist of sending profits to tax havens.

Dismissals, loss of income and precarious work led to less consumption by Ecuadorian families and an aggregate demand crisis affecting the macroeconomic stability of the country. The coronavirus pandemic caused further negative developments for the country: the appreciation of the dollar, which reduced competitiveness for Ecuadorian exports, the drop in the price of oil in February 2020 (the export of petroleum is still one of Ecuador’s most important source of income), the decrease in transfers of money from Ecuadorian citizens living abroad and the contraction of the world economy.

Traditionally, the power and influence of large commercial groups (importers/exporters) and financiers is considered particularly strong in Ecuador. Respective trade associations, such as the chambers of commerce, usually attempt to influence policy and decision makers with varying success over the last decades. The current government seems to be particularly prone to collaborate with large business groups. Especially the current Minister of Economy, Richard Martinez, formerly president of the National Federation of Chambers of Industries, is seen as business-friendly. During the COVID-19 pandemic, political decision makers are accused by trade unions and the CONAIE federation of indigenous nations of protecting the large industrial and financial companies while neglecting the social sector. For example, this is illustrated by the fact that the government organised 324 million USD to pay obligations for debt bonds during the crisis instead of investing it in public health contradicting even recommendations formulated by international organisations, such as the World Bank.

Since mid-April 2020, the executive has submitted a bill named “humanitarian aid” to the National Assembly. Among others, it includes further reductions of the salary of public servants and – even more alarming from the perspective of the lower classes – the “flexibilisation” of labour allowing contracts of mutual agreement between employers and workers ignoring the statutory minimum wage. This measure might further precarise the conditions of workers due to a high demand for regular jobs in the country paving the way to a “race to the bottom”. Furthermore, on April 28, the Ministry of Labour published a resolution which does not consider COVID-19 as an occupational disease: Workers are now forced to work under any form of working conditions and can be dismissed in case of sick leave.

If we now take a closer look at the decision to allow economic and public life to resume from May 2020 onwards, despite the fact that Ecuador is affected by the coronavirus harder than most other countries, this can be interpreted as a reaction to increased pressure from powerful economic groups and a business-friendly orientation of the ruling politicians. Yet it is evident that the government itself has an interest in opening society in the face of decreasing tax revenue, the lowest level of international reserves since 2005 and the absence of financial support promised by international organisations (e.g. World Bank, International Monetary Fund). Thus the need to reactivate public life is obvious. But in the face of the current situation, it seems also a risky undertaking. Economies might recover but the victims of COVID-19 do not.