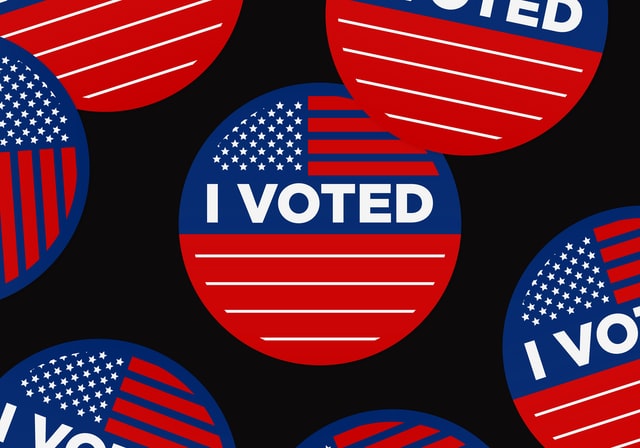 The way many commentators and politicians in the political West are hailing the 2020 Democratic presidential nominee in the U.S.’s bid for the White House, Joe Biden, reminds one of similar praises in 2008. Back then, the Democrat’s name on the presidential ballot was Barack Obama – the promises of salvation after eight years of President George W. Bush at the helm of the United States were akin to the hopes especially European’s are pinning on a Biden administration in the election year of 2020. A reality check of these overblown hopes and expectations is in order lest European allies are disillusioned by what they are actually in for. While it does not come as a surprise that Biden’s elaborations about his possible foreign and security agenda bear heavy similarities to Obama, who he served as Vice President for eight years, an arch of continuity between the incumbent Donald Trump and his Democratic challenger cannot be ignored.

For the sake of clarity, outlining the features uniting the first Trump and a possible Biden administration ought to be divided between a strategic and a policy level. Irrespective of their starkly differing modes of communication as well as divergent narratives to justify their (prospective) actions, both have in common that they want and in Trump’s case have striven for a relative U.S. retreat from the world stage. The current U.S. president has made clear from the beginning of his time in the Oval Office (as a matter of fact much earlier than even running for president) that he views the system of alliances and international organizations mainly predominantly established by the United States after World War II as disadvantages to Washington. According to Trump, the United States have been exploited by their allies and partners for decades. Thus, he concludes, Washington ought to stop picking up the (financial) slack pertaining to the provision of security for countries that have long been in a position to defend themselves. This argument is directed primarily though not exclusively at European allies. Biden arrives at a similar conclusion, i.e. that allies and partners ought to contribute more to (transatlantic) burden-sharing – a demand, by the way, that has been voiced even prior to the erection of NATO. Not least of all, the president he served, Barack Obama, left office voicing his dissatisfaction with European allies’ free-riding attitudes and actions, specifically in connection with their performance during NATO’s air campaign over Libya in 2011. Parsing Biden’s comments on his administration’s prospective foreign and security guidelines, his is an agenda steeped in multilateral thinking. Striving to shift some of the U.S.’s current responsibilities to allies and partners is akin to Trump’s demands in terms of burden-sharing – at least in spirit. Examining the current administration’s policy level, one can arrive at the conclusion that Biden’s aspirations are not far off from what Trump has been working towards during the past four years. From a relative retreat from the Middle East – already begun during the Obama administration – through to a tough stance on China, Biden’s hitherto know foreign and security policy objectives resemble those the current U.S. administration has been implementing. The outlined similarities on a strategic as well as policy level should not belie differences separating Trump and his challenger though. The most obvious contrast between the two relates to their respective modes of communication and rhetoric: While the current U.S. president notoriously speaks (or rather tweets) like an elephant in a china shop, Biden masters the art of diplomatic and thus respectful parlance. His decades of experience in the public sphere and eye have trained him in striking the right chord when dealing with friends and allies without shying away from being blunt. While some might discount the significance of a politician’s rhetoric by pointing out that actions speak louder than words, the nature of one’s communication should be taken into consideration – especially in the context of a decades-old alliance such as NATO. After all, communicating openly and in a responsible fashion with one’s allies instead of blurting out unilateral decisions without prior consultation instills trust and reliability on part of partner nations. Especially in the context of NATO’s deterrence and defense posture, the importance of credibility should not be underestimated. Constantly questioning the purpose and make-up of the Atlantic Alliance while hailing NATO’s opponents in public as Trump has been doing since his first election campaign in 2016, diminishes the U.S.’s credibility as a reliable partner. The very opponents Trump praises – including Russia’s Putin – are watching him essentially doing their biding, i.e. driving a wedge into NATO. In so doing, the current U.S. president is providing friends and foes alike with doubt about whether or not Washington would come to an ally’s aid if push came to shove.

What a Biden Presidency Will Likely Deliver – and What Not

A Biden presidency surely would be able to and interested in calming down tensions that Trump has been given rise to in transatlantic relations during his first tenure. Treating allies as allies and not foes would certainly help American partners on the other side of the Atlantic to regain trust in Washington’s reliability – equally, opponents of NATO might stop doubting the U.S.’s steadfastness, too. That being said, European allies should not expect a Biden administration to lead the partnership back to the status quo ante – whatever exactly that is supposed to mean anyhow in light of Barack Obama’s scolding of allies. While it is safe to assume that under a Biden presidency, the transatlantic relationship would be instilled with a semblance of normalcy once more, the overarching trend of the United States being less interested in assuming the role of a policeman regionally as well as globally is very unlikely. Instead, it can be expected that Biden will continue what Obamas has started and Trump has perpetuated in deeds if not in words. It is understandable that European allies are yearning for more stability and predictably which Biden surely would deliver. Yet, they should not expect the dawn of an age in which they can continue to take a back seat in sharing the transatlantic burden.